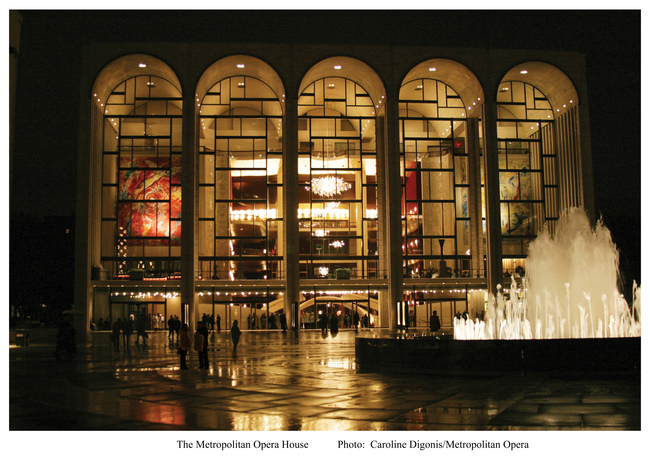 The Metropolitan Opera to cancel its Live in HD transmission of John Adams’s The Death of Klinghoffer scheduled for this fall
New York, NY (June 17, 2014) – After an outpouring of concern that its plans to transmit John Adams’s opera The Death of Klinghoffer might be used to fan global anti-Semitism, the Metropolitan Opera announced the decision today to cancel its Live in HD transmission, scheduled for November 15, 2014. The opera, which premiered in 1991, is about the 1985 hijacking of the Achille Lauro cruise ship and the murder of one of its Jewish passengers, Leon Klinghoffer, at the hands of Palestinian terrorists.
“I’m convinced that the opera is not anti-Semitic,” said the Met’s General Manager, Peter Gelb. “But I’ve also become convinced that there is genuine concern in the international Jewish community that the live transmission of The Death of Klinghoffer would be inappropriate at this time of rising anti-Semitism, particularly in Europe.” The final decision was made after a series of discussions between Mr. Gelb and Abraham Foxman, National Director of the Anti-Defamation League, representing the wishes of the Klinghoffer daughters.
In recent seasons, the Metropolitan Opera has championed contemporary operatic masterpieces as part of its ongoing efforts to keep opera artistically current. Previously, the Met has presented John Adams’s other two major operas, Doctor Atomic (in 2008) and Nixon in China (in 2011). “John Adams is one of America’s greatest composers and The Death of Klinghoffer is one of his greatest works,” said Gelb. The Met will go forward with its stage presentation of The Death of Klinghoffer in its scheduled run of eight performances from October 20 to November 15. In deference to the daughters of Leon and Marilyn Klinghoffer, the Met has agreed to include a message from them both in the Met’s Playbill and on its website.
In recent years, The Death of Klinghoffer has been presented without incident at The Juilliard School (2009), the Opera Theatre of St. Louis (2011), and as recently as this March in Long Beach, California. The Met’s new production was first seen in London at the English National Opera in 2012, and received widespread critical acclaim.